Embrapa, Brazilian state research company, created in partnership with Siena Company, a Brazilian startup, a package that delivers active and intelligent solutions in one shot. Through software created by Siena for smartphones, QR Codes embedded in Embrapa’s packaging and low-cost sensors with nanotechnology and artificial intelligence, the solution favors business between companies (B2B) and also with end consumers (B2C), ensuring the food safety and quality, for nearby markets and even exports. RFID can be integrated whitin this solution, and some companies can open their business bennefits with a solution like this.

Marcos David, researcher at Embrapa, explains that the technique allows to track and monitor the degree of ripeness of the fruits that ripen after harvest – climacteric calls. “The creation is part of an open innovation project with the Siena Company”, he informs. “The tests were done with mango, papaya and banana, but the sensor can be applied to several other fruits”.

The colorimetric sensor called Yva – fruit, in Tupi-Guarani, a Brazilian native indian language – has a label that subtly changes color, but with a smartphone and Siena’s software it can reveal the condition of the fruit: green, ripe or past. The QR Code, next to the nanosensor tag, reveals identification and tracking information, including the location where the fruit was harvested, which can facilitate emergency collection, for instance, in case of contamination.

Yva is disposable and should reach the market at a cost between 8 and 10 cents of real per kilo of fruit. It detects the release of ethylene – a natural hormone in the ripening of climacteric fruits – which, when reacted with powdered nanoparticles, changes color as the fruit ripens. The change is interpreted through a mobile application, which, among its features, indicates when the fruit should be ripe and suitable for consumption or indicate the specific point at which it will reach the stage of best appreciation by the consumer.

The nanosensor can be packaged in plastic packaging or in fruit boxes, intended for various market segments, including fruit producers and processors, wholesalers and retailers, associations, cooperatives and exporting companies.

The versatility of the technology allows several applications, among them, the one of monitoring the quality from the harvest until reaching the consumer. It will also be able to assist in the management of fruit stocks, following the storage methodology used with perishables in which the order of departure obeys the expiration dates of each product. It is known by the acronym in English as FEFO (first expire, first out). The new technology is expected to improve the efficiency of the system and reduce food losses.

It’s good and will be mandatory in Brazil

Yva can also assist in the fulfillment of Joint Normative Instruction No. 2, of February 2018. Issued by the Ministry of Agriculture, Livestock and Supply (Mapa) and by the National Health Surveillance Agency (Anvisa), which defines procedures for tracking fruits, vegetables and vegetables (FLV). This document determines the registration of information about these foods in establishments that participate in the production chain, from the farmer to the retailer. This tracking protocol has already started for some products and will be expanded in August this year, according to the table below. The new technology is an inexpensive and useful tool to streamline this work and, at the same time, monitor the quality and the stage of maturation of each fruit.

The Yva sensor was developed with a focus on reducing food losses and waste along the production chain. Brazil loses 26 million tons a year, enough to feed 13 million people.
“New materials were extensively tested until the most appropriate combination was obtained to demonstrate color changes of the nanosensor in the presence of ethylene, both in in vitro and in vivo tests, and its possible applicability in different fruits and systems”, explains the researcher at Embrapa Daniel Corrêa.

“The technology has the potential to be applied to various climatic fruits such as peach, persimmon, plum, passion fruit, among others, but in the evaluation we used mango, papaya and banana, which demonstrated the efficiency of the sensor, which can be produced, in a customized way, according to the user’s needs ”, adds researcher Marcos David, also from Embrapa.

The team responsible involved the researchers Marcos David Ferreira and Daniel Souza Corrêa, at Embrapa Instrumentação, while the project manager Ana Elisa Siena led the development of software for reading the QR Code – at the Siena Company – to allow the standardization of the batch sensor batch and provide traceability of fruit production.

The two-year project was supported by resources of R $ 220 thousand from the Brazilian Technology System (Sibratec), an initiative of the Ministry of Science, Technology, Innovations and Communications (MCTIC), operated by the Study Financier and Projects (Finep).

The tests were carried out at the National Nanotechnology Laboratory for Agribusiness (LNNA), in São Carlos, a pioneer in the country and one of the eight strategic laboratories of the National System of Nanotechnology Laboratories (SisNano), from MCTIC.
Specialized in software development, Siena Company has a Technology Operations Center, in Campinas (SP), and an Innovation Studio, in São Carlos, which supported the development of the application.

“What has been done so far is the so-called proof of concept of technology. Now, the challenge is the scaling and the sensor manufacturing process, for that we need to raise funds in the order of R $ 700 to R $ 800 thousand, so that the technology can reach the market ”, details Ana Elisa Siena, director from Siena Company.

The Yva sensor can contribute to add value to export fruits, helping the expansion of Brazilian fruit production. Third largest fruit producer in the world, Brazil occupies the 23rd position in the ranking of exporting countries, selling abroad only 2.5% of what it harvests, but the expectation of the Brazilian Association of Fruit and Derivative Producers (Abrafrutas) is to open new markets and grow 15% per year for the next decade, through technological growth.

The global fruit market moves more than $ 130 billion a year. With this technology, it is possible to add a differential in the marketed product, with gains in efficiency and competitiveness, through monitoring and quality management.

To reach the goal, the country is betting on improving the quality of the fruit, aiming at the food security demanded by the international market, a big consumer of mango (the most exported tropical fruit), papaya, banana, among others. 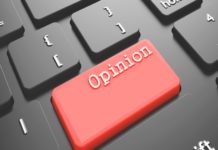 The future of Industry 4.0 The future of Industry 4.0

Identification and Tracking 10 de May de 2021

Identification and Tracking 10 de May de 2021