Havan, one of the largest retail chains from Brazil, is announcing its operation with radio frequency identification (RFID) on 100% of the products it markets as “one of the fastest RFID projects in the world”. According to Alexsandro Eloi Venancio, Havan Labs executive, in two years, 500 suppliers and millions of tags were inserted into products that are now fully identified and tracked by the company, from Distribution Centers to stores. In addition, one of the most prestigious retail companies in Brazil, with the famous Statue of Liberty on its façades, can reduce the values of products in stock by 30%, reducing costs and increasing the efficiency of customer service and omnichannel.

By next month, May 2021, Havan intends to complete the goods control project running in all its stores. An RFID application was developed by the Havan Labs team, with technology partners selected by the corporation, in order to make life easier for employees and customers. “With RFID, Havan will facilitate and speed up the search for products in store stocks and streamline inventory counting, saving time, optimizing tasks and reducing costs,” says Venancio.

More than 10 years ago, Havan started investigating RFID as a business tool, when tags still had high costs and recording and reading equipment too, which made it impossible to implement the technology right from the start of the tests. Years later, the company learned about the success story of Brascol, a Brás company, in São Paulo (SP), which invested heavily and was successful with RFID technology from iTAG Etiquetas Inteligentes, reducing product theft and gaining a return on merchandise operations.

Thus, a new phase of RFID analysis was started by the Havan team, which, with the support of iTAG, was discovering the advantages and possibilities that the technology opens up for companies that have stocks in large volumes, therefore with high costs, and processes of critical distribution. Other suppliers have emerged to provide complementary technologies over time, such as Haco, Hasar Brasil, Impinj, Prime-Interway, SmartX Tags and Zebra.

Today, Havan has more than 320 RFID readers in operation in all its physical establishments, not to mention printers enabled for this technology, antennas and other complementary equipment. “All tags have RFID, QR Codes and Bar Codes,” explains Venancio, saying that RFID is not always the most economical cost. “It depends on the operation”, he added, saying that RFID brought a lot of added value.

Havan managed to improve its performance in e-commerce, which was not yet one of its priorities before the pandemic, but which was implemented over the past year and in a very accelerated way thanks to the efficient control of its stocks, both at the reception , such as product distribution and tracking.

“Our suppliers already send us all their products with RFID tags that already contain QR Codes and Bar Codes. In China, suppliers use the labels provided by the local bureau that iTAG opened. As a result, all of our suppliers, even those operating in Asia, can deliver products properly within our requirements”, explains Venancio, stating that the GS1 standard was implemented to facilitate all of these international and local processes.

Each of Havan’s 155 stores ranges from 5,000 to 6,000 square meters, now with total inventory accuracy and constant high-speed inventory. “Our intention now is to expand the usefulness of technology, including making our suppliers benefit from it”, plans the executive. “The implementation of self-checkouts, which allow customers to make purchases and payments without having to wait in long lines, using ATMs, is part of the plans”.

In Venancio’s assessment, Havan was able to achieve important goals through product control using RFID. “Some of the gains can be measured, such as a 30% reduction in the value of inventories. But there are other benefits that are intangible, such as easily finding the products that customers have purchased through RFID resources”, he argues. “Thus, making customers happy is a gain that cannot be calculated either, but it results in good business for our company”.

Watch the full interview in our Channel on Youtube (in Portuguese). Zebra points to positive outlook for 2022 Via Marte uses GS1 standard in pioneering e-commerce via Correios 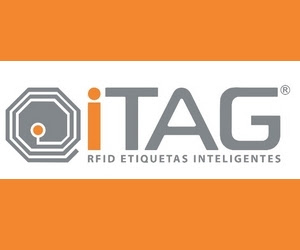 Zebra points to positive outlook for 2022

Via Marte uses GS1 standard in pioneering e-commerce via Correios

Customer experience is on the rise in retail at the end...